While catching up on Facebook before shutting down for the evening, this notification from FaceBook popped up.

Alarmed at first, since I’ve never, ever been noticed by Facebook much less received a notification from them, I clicked to see what they were trying to tell me.

It tells me that my most recent Page post is doing well and suggested I promote it.

Excited and expecting dramatic results, I clicked on the notification to see just how well the post was doing.

A couple of comments/replies and 13 people had seen it but it certainly was not the most productive post on my page as proclaimed.

Now, I’m not surprised that Facebook is encouraging me to spend money.  That has become unmistakably obvious during the last few weeks – months really.

But I’m not entirely sure that proclaiming an exaggerated percentage to “get even better (pay or you won’t be seen) results” is the best idea.  I’m just a bit insulted.  This is either a roll out faux pas or a terrible idea.  How stupid do they think we are?

I’m Calling a Facebook Fail on this one.  Their action didn’t produce the results they wanted from me.  I do wonder how others will respond. 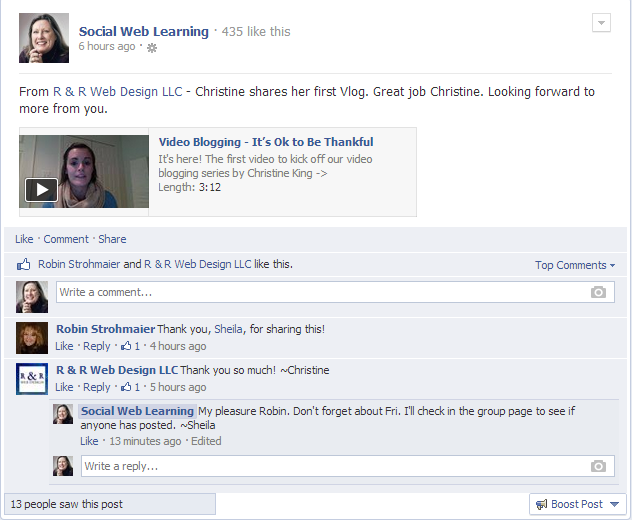